The school has specific themes that they impart to the students every month, from establishing good eating habits, hygiene and then developing a sense of empathy towards others. They also encourage the parents to take the opportunity to reinforce these themes with our child back home which will culminate in an assignment and a show-and-tell by the child to the rest of the class at the end of the month. 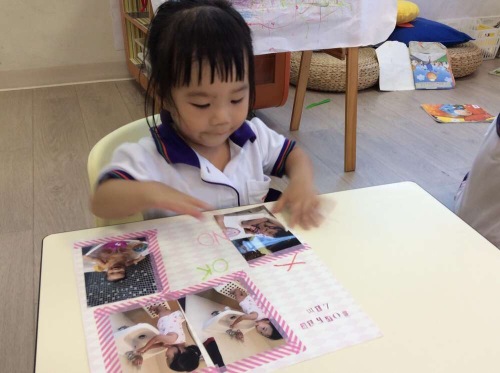 It’s not meant to be stressful for the child nor the parent and the show-and-tell activity is not an elaborate show to put a spotlight on the kid. I’ve not been in one of these sessions personally but from the pictures, the environment looks very encouraging. Bubba simply sits at the table and her little friends will crowd around her while she tells her friends what she’s doing in the pictures (usually prompted by her teacher). We usually get a a summary of what are some of the words she could articulate during the session.

So while surfing online for inspiration on how we should do up Bubba’s empathy poster, I came across this idea on a DIY empathy book recycling your child’s old board book. I took to the idea almost immediately for we had a board book that I didn’t want to give away as it had her name on it but I felt that the Bub had already outgrown the contents of the book. This way, I could keep the book and this also served as a keepsake for the Bub.

What you will need: 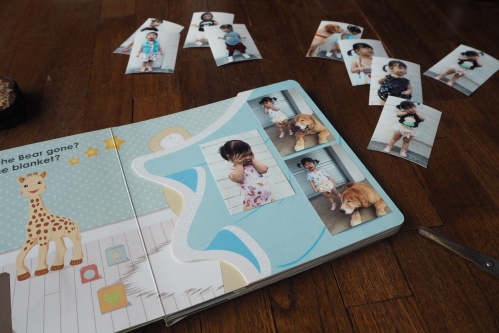 The board book that I selected had flaps so I stuck Bubba’s photos on the side which had no words along with a tag that displayed the emotion. Using my stamps, I then stamped the emotion on a sticker and then ‘prettified’ it using craft paper and stuck it as a caption for the pictures.

Quite pleased with how the book turned out and with the pictures of Bubba displaying the different emotions! Thank goodness for the many pictures that I snapped of her that really came in handy for this project as well. Phew! 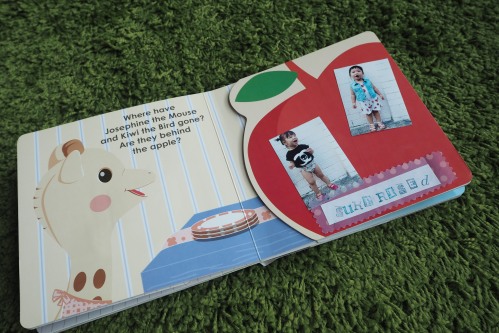 And how did Bubba fare for her show-and-tell for this theme?

I think she did ok, managed to share with the teacher a couple of phrases as she pointed at the different pictures. That’s not all, she also ended up being slightly distracted by the contents of the book and ended up telling parts of that story as well. Haha!