We are about halfway through our 10-lesson programme with Sparkanauts. How has Bubba been faring at these sessions? 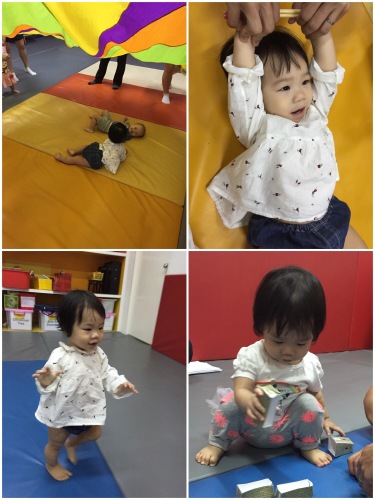 Well, for one, we are still in the Cadet class that’s ideal for toddlers between 12 to 18 months. Initially, I was worried about her not fitting in and not getting used to the curriculum. Different activities go on during the 1hr odd class but all done in a purposeful manner. During her first few visits, she simply wasn’t used to the flash cards segment and would prefer to move around. During the passing of the fruit via a relay race format, she would walk to another parent to drop off her fruit – signs of distraction. 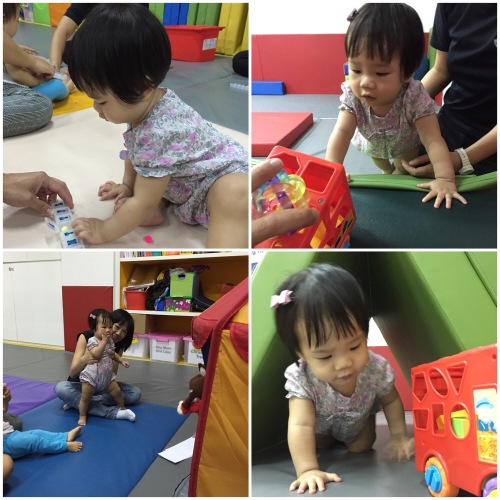 But after a few lessons, I did see her making progress as she got used to the flow of the programme. She knows what to expect when it comes to participation and will try her best to sit still and pay attention to what the teachers are doing if she’s in a good mood.

The parent-child bonding is still very much what I would advocate and the reason why I agreed to take on the sponsorship for Bubba from Sparkanauts. Having both parents in the class meant that equal participation from the parents with the child. Granted that some of the activities may require physical labour but that’s what daddies are for right? There was a session where I had to attend with Bubba alone as the Man was sick and boy was I exhausted after the lesson for I had to carry and run with Bubba during the gym activity and also be her cheer-leader for other segments of the class. Phew! 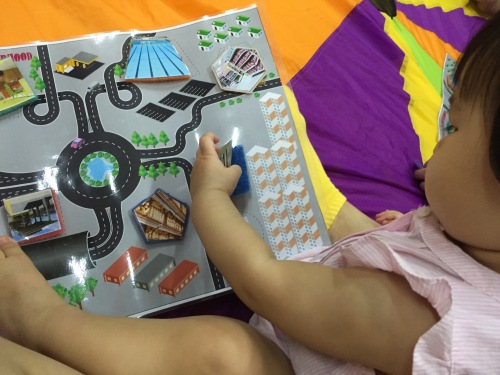 I have to say that I’m quite impressed with how well-thought the programme is at Sparkanauts. I receive informative emails on a regular basis from Sparkanauts sharing with us the themes that Bubba can expect to learn over the next 4 weeks. Over the past few sessions, she has learned about mealtimes, shower, the neighbourhood, transportation, on the road and at the beach. 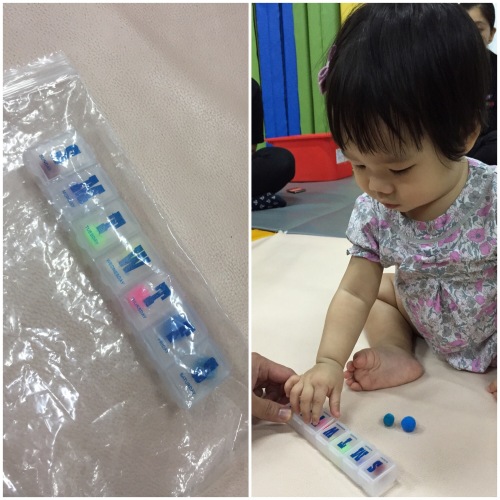 We do like the Mystery Box segment very much for every week, a special activity awaits for the little ones in the group. Most of these activities are specially developed to enhance your child’s development skills and it’s also quite easy to replicate them at home. So with the permission from the good folks from Sparkanauts, I’m sharing with you this simple ‘game’ that you can do along with your child to train their fine-motor skills as well as to teach them to relate to the different days in the week. 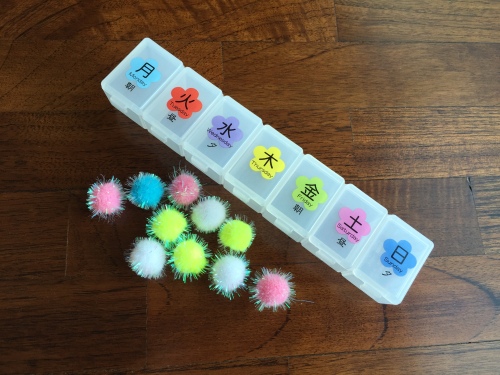 We got all these for cheaps from Daiso. I went with the floral pill-box because Bubba can say the word ‘Frow-er’ so I was hoping that this would entice her to play with this activity plus I could also teach her the different colours on the flowers. 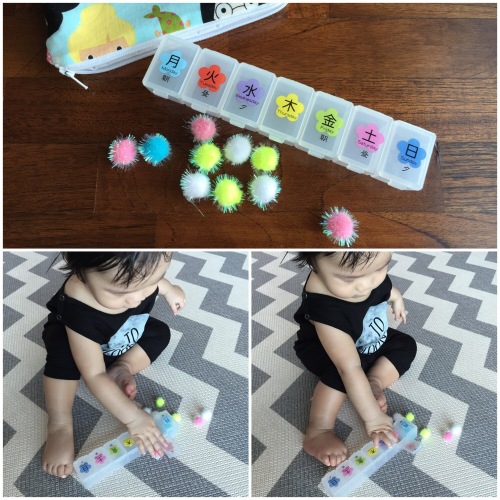 And it did make for a fun activity. I would take the little balls out of the respective boxes and then encourage Bubba to pick one and put it inside the box on her own. It makes for a good pincer grip practice and like I said training of her fine motor skills in a fun manner. I would also ask her to close the box after telling her which day of the week she was closing the little box for.

A few more weeks to go before Bubba completes her first term at Sparkanauts. Stay tuned for the concluding post where we will share more updates on Bubba’s progress and a give-away from Sparkanauts! 🙂

Note: Sparkanauts has very kindly sponsored Bubba’s play-gym sessions for 10 weeks for the purpose of this review.  No additional monetary rewards were given.  All views expressed are purely of my own and written according to our experience.