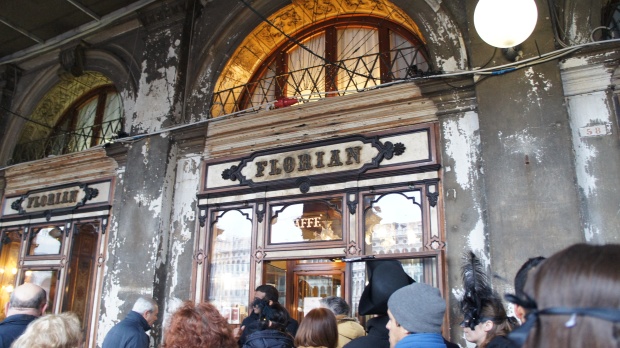 If you’re ever in need of a caffeine fix in Venice, definitely make a visit to Caffè Florian centrally situated in the Procuratie Nuove of Piazza San Marco, Venice.  Established in 1720, it is one of the oldest coffee houses in continuous operation in Italy.

After seeing the men off (the wives decided to extend 1 more night in Venice on our own), us ladies decided to take it slow and easy for the rest of the day, so we hopped over to Caffè Florian for a late lunch.  Was a good thing it was a late lunch we decided to have for the queues to the Cafe were actually very long when we passed by during lunch-time (about 12-ish).  At about 2pm, we were relieved that we got a table rather quickly. 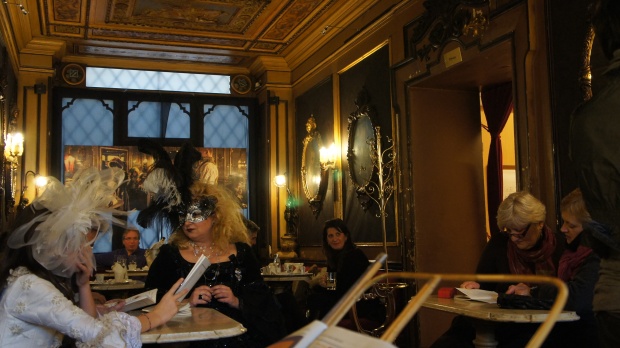 It felt like we stepped into a grand cafe that’s truly steeped in tradition given that most of it’s interior was preserved really well.  Of course, having your cuppa coffee while watching people decked in their grand Venetian costumes did help spur on my imagination. 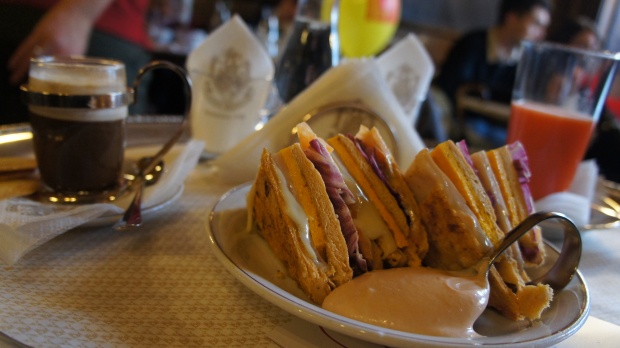 The girlfriend wasn’t too hungry so we decided to share a club sandwich first before deciding if we want to split a dessert later.  After finishing the savory treat, we decided to save our stomach space and do a pub crawl around Venice instead.  ;p  I’d say that definitely was a better plan. 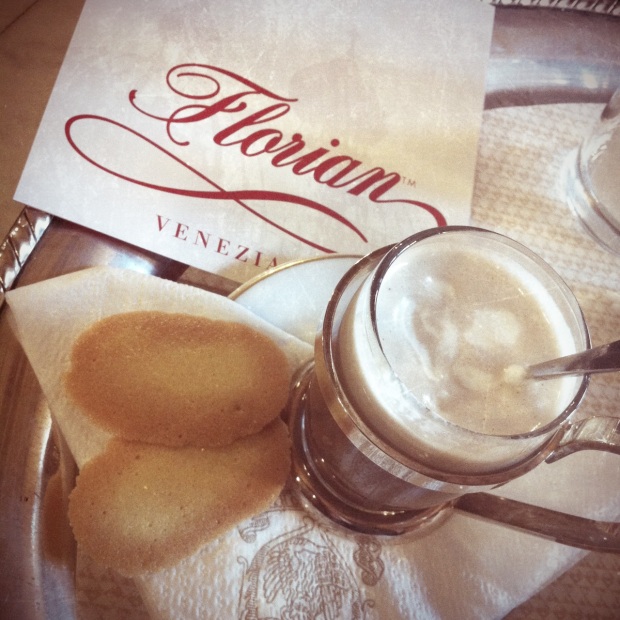