The Carnival of Venice (Carnevale di Venezia) is an annual festival, held in Venice, Italy.  The Carnival starts 58 days before Easter and ends on Shrove Tuesday (Fat Tuesday or Martedì Grasso), the day before Ash Wednesday.

The seemingly serene and quaint Venice seem to come alive with the endless buzzing activity during this time as people decked out in traditional Venetian costumes and covered with beautifully decorated masks roamed along the streets of Venice.  Despite the cold spell hitting most of Europe during this period, festivities for the Carnival continued with all the merry-making.

It was my first visit to Venice but the Man who had been to Venice many years back said what a world of difference Venice is during the Carnival.

Just look at the sea of people captured in this shot.  It’s said that about 3,000,000 people visit Venice each day for the Carnival.  3 million?!  Whoa!!  Didn’t really help that we were in Venice on the last weekend of the Carnival so there were naturally more curious people (like us) wanting to soak in the Carnival atmosphere.

It also felt like the paparazzi turned up in full force.  If you happen to be in costume and walking around the streets, it’s your moment to be a star for people will be merrily snapping your shots.  Also, don’t be alarmed if you have strangers coming up to you and wanting to take a photo with you.  Just put on your best smile behind that painted face.  🙂

As for me, I definitely played the role of the paparazzi during the Carnival pretty well stopping at every possible chance I could to take photos of these amazing costumes.  So, are you ready to feast your eyes on these gorgeous and elaborate costumes?

Lady in gold definitely did a wonderful job of posing for the cameras.  Love her graceful hand gestures. 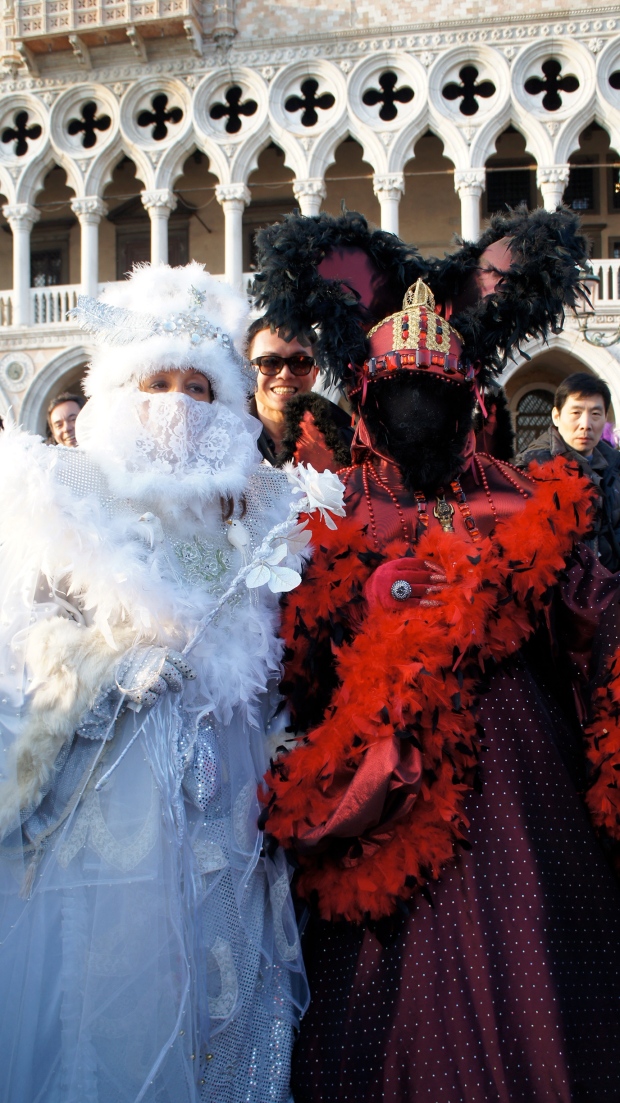 The duo that came as Angel and Demon.  Do you see someone trying to sneak in the picture? ;p 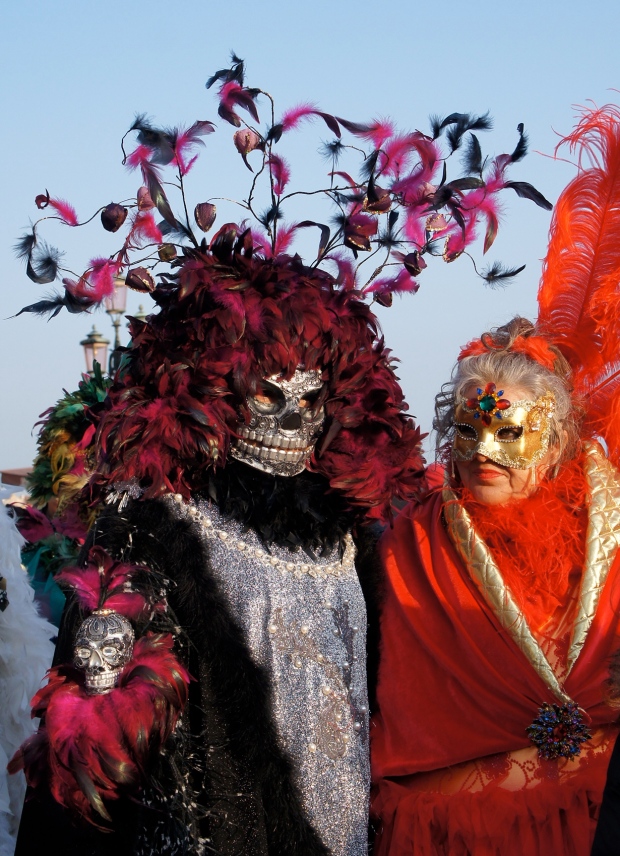 I classify the above lot of costumes as somewhat the darker costumes.  A little scary but definitely the lot that commanded a sense of presence as they weaved in and out of the mad crowds on the streets. 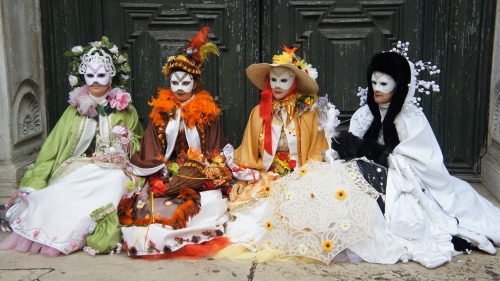 Don’t be fooled by the demure or macho exterior of the outfit for sometimes what lies beneath may just be a man instead of a woman and vice versa.  We saw many feminine costumes being donned by men.  I think they are just game enough to be putting on a frock for this big festival. 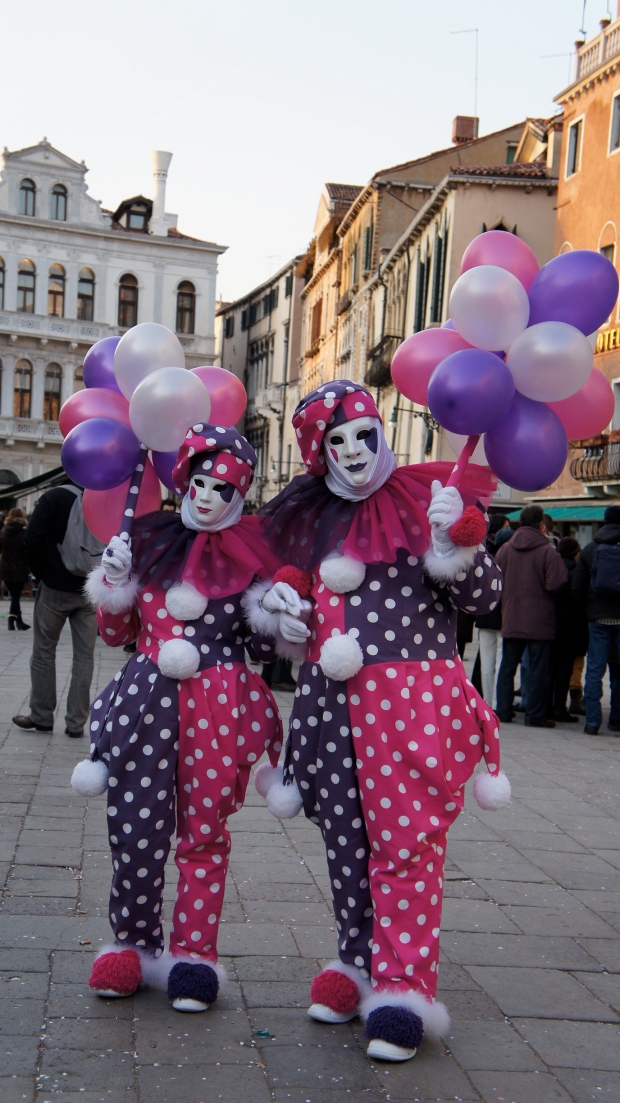 And I really loved these whimsical lot of costumes, thought they were fun and a cheery lot!

9 thoughts on “Elaborate costumes at the Carnival of Venice”