I’ve been wanting to check out some of the local flea-markets.  Lauren from the Swiss Watch Blog suggested to head down to the flea market at Plainpalais.  Wednesdays and Saturdays is where the bargain-hunting action begin.  Fresh from my recent bargain-hunting deals scored at the Portobello Market in London, I had hoped to score some great buys.  Maybe more vintage cutlery? 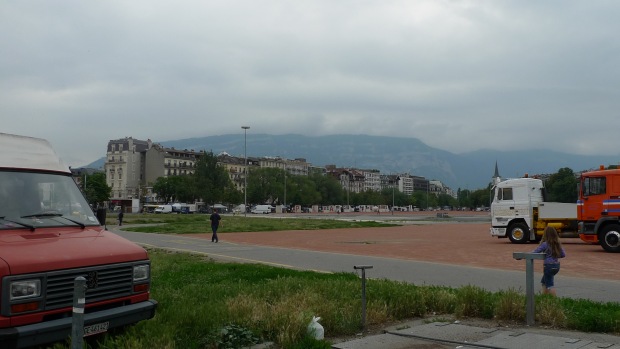 When we arrived, I was sort of disappointed that the place ain’t as packed as it should be.  But I should have guessed that it’s Wednesday and most people are working unlike moi.  Perhaps Saturdays may be different.  Since the area was circular, it was pretty easy for us to walk and check out the stalls. 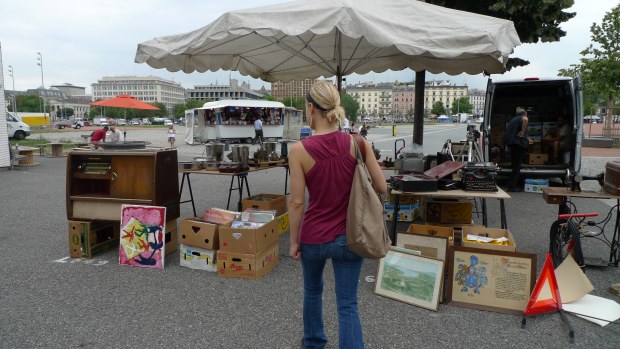 That’s Lauren checking out the store.  Like what Lauren said, the key to flea-markets is merchandising.  The stall owners here weren’t as meticulous as some of the ones that I’ve seen at Portobello Market.  The merchandise were strewn all over the stalls.  We had to slowly dig through the rubble to try and see if there were any treasures beneath it.  Having said that, there were a few stalls that took the effort to display their items.  I spied some really cute silver animal knife holders but because they were prettily displayed, they cost a lot more too.  I walked away disappointed for I was willing to part with that sum of money. 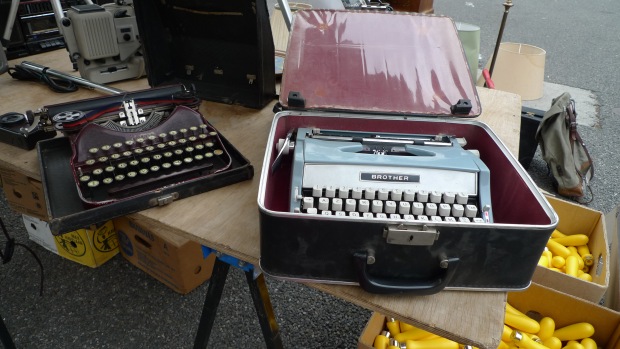 We finished checking out the flea-market in slightly under an hour.  I walked home with a crystal goblet for 2 CHF and a vintage dessert fork for 0.20 CHF.  Pretty pleased with the buys and I’ll try to post up some pictures of them soon.  🙂